1. I only gained 2 pounds over the Thanksgiving weekend. Mainly from booze. I'll take it! Damn that delicious eggnog, Damn You!!! And my Mother for buying it!!!

DRINK ALL THE EGGNOG!!! 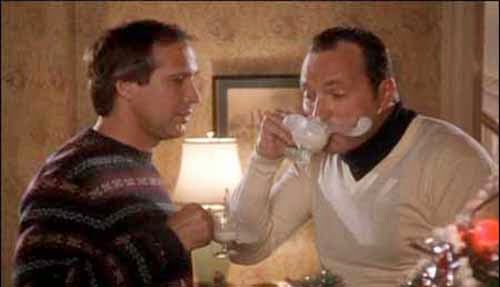 2. We left Dillybean with the grandparents last Saturday and Saturday night for much needed 'Adult Time'.....aka, going back to my college hometown and pretending I'm 22 and don't get hangovers. BTW, I'm not 22 and I totally still get hangovers. Just to let you know.

Anyways. About 2 hours into my parents watching Dillyn, I get a text.


And not just any text. 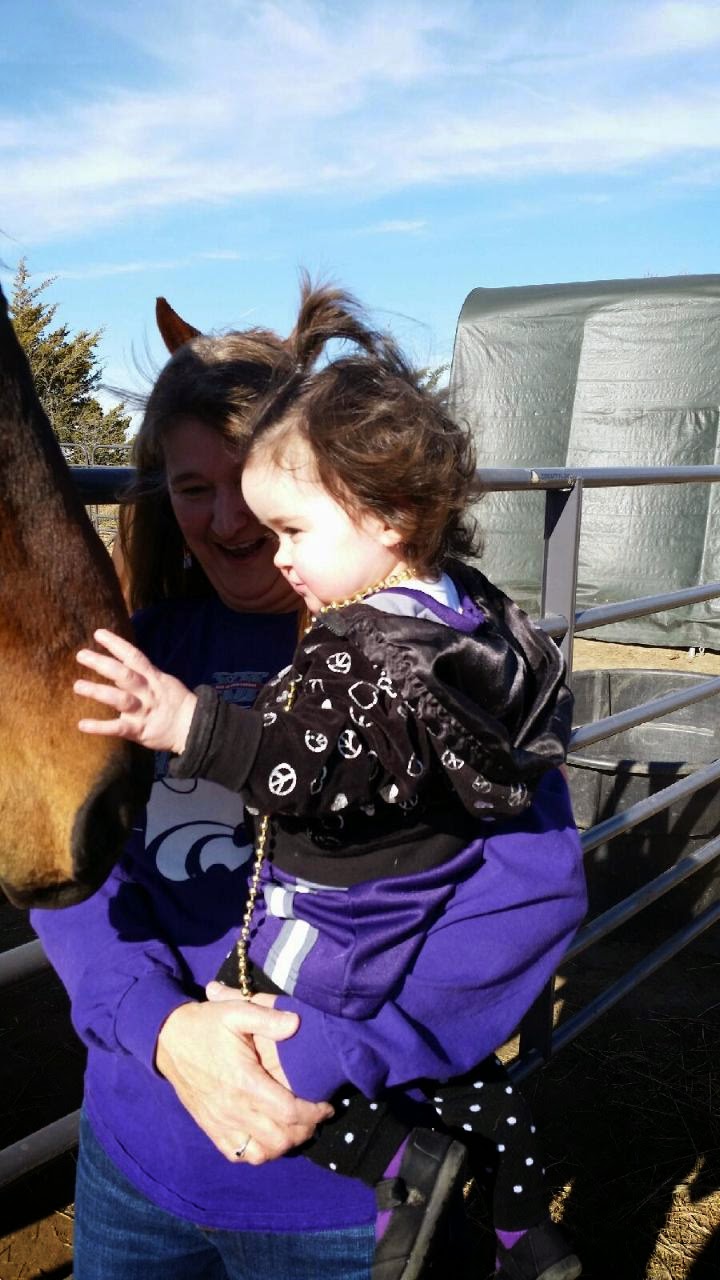 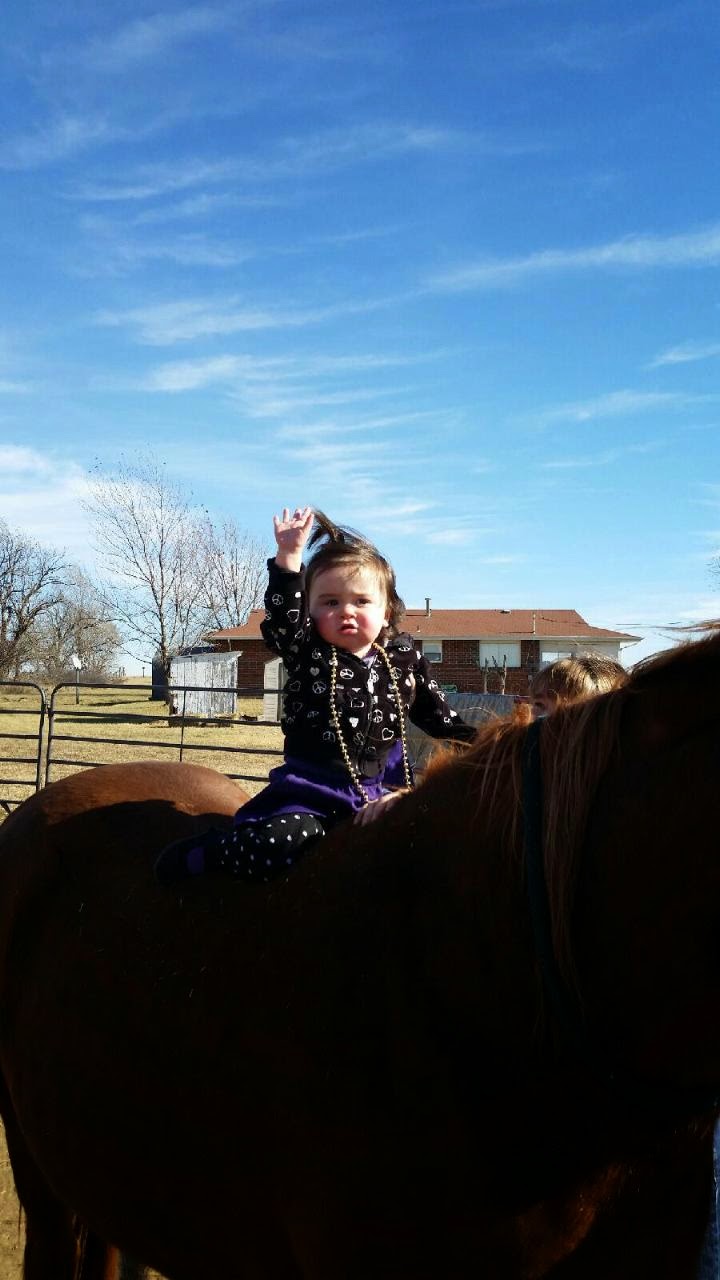 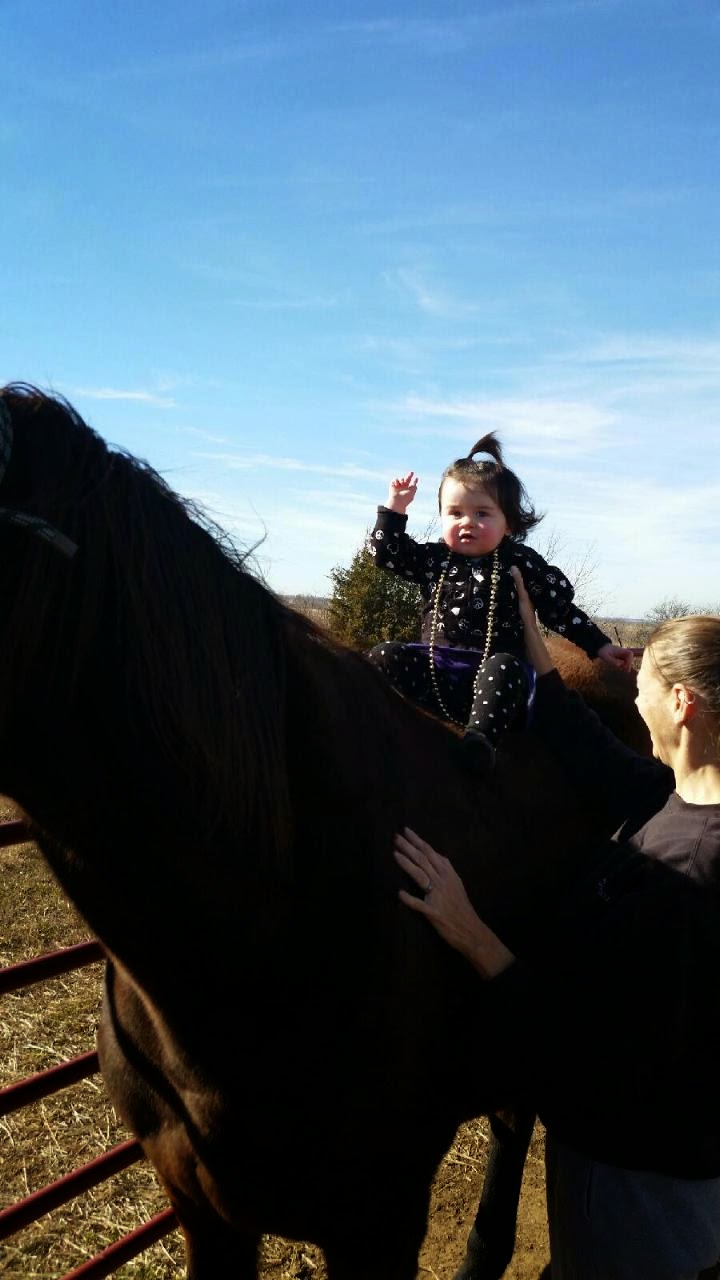 I leave her for 24 hours and this is what happens. *shakes my head*

I'm in such deep shit.

Then my Mother had the audacity to say, "Well, I know what I'm getting her for Christmas now!!!!" All cheerful and excited-like. I wanted to smack her upside the skull, and say, "Get your shit together Mother, you're not buying her a pony, for fucks sake."  But in reality, I just gave her the death-glare and said, "Um no. No pony's for Christmas." Of course, my Mother laughed her ass off and said, "Ohhhh, I wouldn't do that!!!"  Uh huh. Sure you wouldn't. If you do end up getting her a damn pony, I want you to know that I'm going to save up all that horse's shit and drop it on your doorstep at least 3 times a year. Just sayin'.

So, ya, Thanksgiving was awesome.

I drank all the calories and learned my daughter isn't even afraid of a 6 foot tall four legged beast that outweighs her by 1265 pounds. Super.Duper.Awesome.
Posted by Laura Belle at 3:24 PM