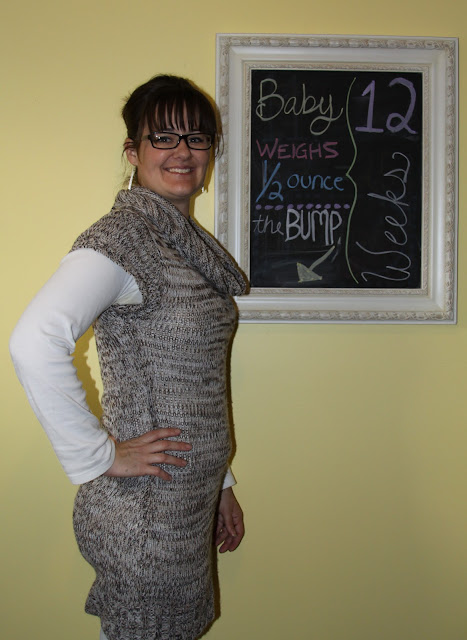 And let’s talk about said voluptuous pooper. See that in the picture?!?! Holyyyyyyyy 2 ton cupcakes people, the booty is PLUMP. To say the least. Wanna know what else is plump? Pretty much everything. My Ben & Jerry’s (thunder thighs) are getting a smidgen thicker, there is a ‘new’ tire around my middle. And my beer belly, is looking more like a drunk trucker’s pooch than a ‘bump’.
Could it be because of all the chocolate?!?!?!

But really, it is. Shit’s gettin’ real folks. I need to control this shoveling of all the sugar, like pronto.

So I’ve decided to cut back on the hoovering of donuts, chocolate bars, dove chocolates, extra large bags of peanut butter deliciousness M&Ms, boxes of Thin Mints, etc. There is just no need. No need at all.

But do you know how difficult it is to abstain from the one thing that you CONSTANTLY think about ALL.FUCKING.DAY.LONG?!?!?! Seriously. I can barely work sometimes because I start thinking about all the different combinations of candy bars I can get in my ice cream. It takes so much freaking effort to NOT run to the vending machine 12 times a day. It’s no damn wonder pregnant women are so freaking exhausted all the time. They spend all their energy trying to not look like an obese walrus while pregnant!!! I have solved the mystery ladies! I should write a book about this shit. I shall become a bagazillionair.  Then I could hire my own personal plastic surgeon to lypo the chocolate right outta my ass every month!! I’m a genius!

This week we had our 2nd doctor appt and all is well. We got to hear Little Wik’s heartbeat!!!! (FYI, I think I've called the baby 'Little Wik' a few times now, for those of you that don't know, my husband is referred to as 'Big Wik', because, well, he's big, and our last name is Wiksten. Anyways. Thought I should explain.) Hearing the heart was so surreal. It sounded like a herd of horses galloping across a prairie. It was 162 beats per minute. I have no idea what that means. But the nurse said it was normal. Thank God.

I also saw an amazing number on the scale. And by amazing, I mean I nearly shit my stretchy pants right there on the flat chested bitch of a weighing machine. And the grand total is……169. WTF?!?!?! That’s a little high folks. But get this, it’s only 6 pounds up from my first weigh in 4 weeks prior. So that’s not bad. I only gained 6 pounds. I can deal with that.  But wanna know what the next bummer is. MY scale says that I weigh 160. A full 9 lbs less than that damn doctor scale. BUT, according to weighing myself at home, I’ve gained 10 lbs in about 6 weeks.

I mean, I know it’s all for the baby, and truly, my doc wasn’t all that worried about it. Hell, he didn’t even mention it. I asked about it. But it’s just so hard to wrap my brain around being the highest I’ve ever weighed in like 10 years.
I guess it’s comforting to know that weighing this much isn’t because of the troughs of booze and crates of pizza, like it was in college, it’s because of a little baby and chocolate. That’s good right? Right.

Lets switch gears to some funny things that’s happened this week. Ryan piped up the other night and is convinced that I’m sabotaging the sex of our baby by overloading on the sweets. He thinks the more sweets I eat, the better chance for the baby is to be a girl. He thinks we need to add some good ol’ meat to my diet. Steaks and burgers. Man food! So that maybe it can be a boy.

I cannot make this shit up folks.

One thing I can say about my husband is he makes me laugh. Every. Day.
(And he knows that that really doesn’t determine things. He’s just being the silly guy that he is! Lol)

Another funny is that I’ve been researching our family trees for name ideas. Well, that’s not the funny part. But what is funny are the names on my side of the family. Get ready for this:

What in the hell were my ancestors smoking when they named some of their kids?!?!

So, I was telling my mother all this, and she’s just dying on the phone. Laughing it up at naming our child one of these ridiculous names. So she’s come up with a nickname for the baby, until we tell her the real name we’re thinking about……..drum roll please, the nickname is....................Little Ida.

It just makes me giggle every.single.time. God I love my mother. She has the best sense of humor.

As far as serious names for the baby, we’ve decided to not tell until the baby’s born. I would just hate to have my heart set on a name and some hoochy steal the name. There’s like 302 women pregnant and due right around the time we are, so it could happen. Actually, I guess it happened to my sister-in-law with her son. I can’t believe that people actually ‘steal’ names!! What is wrong with them?!?! So we’re keeping it secret. For now.

I will tell you that we think we have a good idea of the boys name, first and middle. But the girls name is a little up in the air. See, I had forever and ever wanted to name my daughter Arabella. I read it in a book somewhere and just fell in love with it. But, now that the time is here, I’m just not so keen on the idea. It just seems too princessy to me. And y’all know that if we have a girl, ‘princessy’ is going to be the last thing you describe her as. Since her daddy will have her knee deep in camo by the time she can walk.

So, we’re going to get a baby name book and go from there. Ryan’s been scouring the interwebs for different baby name ideas. Which I think is the cutest thing ever! So far, we’ve got nothing. But we still have 6 months. So we’re good!

And let’s talk about the little one!!! At 12 weeks the baby is about 2.5 inches long, about the size of a large plum. And weighs as much as half an ounce! Baby has doubled in size during the past 3 weeks! The fetal digestive system is beginning to flex its digestive muscle, practicing contraction movements, to help with pushing food through its digestive tract. Bone marrow is making white blood cells, which will help baby fight infection. And the pituitary gland is starting to produce hormones!! Little one is growing up fast!!!

I’m finally caught up!! This current week is Week 13 and I’ll have that update for you by this friday!!! I’m almost through with the 1st trimester!!!
Posted by Laura Belle at 8:00 AM