Just to let you know before you start reading….this might blow, I have nothing. I'm pulling this straight from my ass today. Just warning you. OK, now read on if you dare.
1.  I read a few articles recently on the effects of green tea on your health and have become very intrigued. Yes, indeed-ee-o.  It all started with reading an article on the Men’s Health website….don’t ask why I was on there…..about consuming different things to boost your metabolism. And one of the things they suggested was drinking green tea every day.  I went to try and find the article for y’all, but I didn’t ‘pin’ it, and now it’s lost in the abyss of the interwebs forever. Dontcha just hate it when you forget to pin something?!?! What the hell did we do before Pinterest, huh? I ask you that.
Anyway, I did a search and found another article at webmd that says this:
More than a decade's worth of research about green tea's health benefits -- particularly its potential to fight cancer and heart disease -- has been more than intriguing, as have limited studies about green tea's role in lowering cholesterol, burning fat, preventing diabetes and stroke, and staving off dementia.
Sittin' on the edge of your roll-y chair, huh?
It also says this:
Green tea's antioxidants, called catechins, scavenge for free radicals that can damage DNA and contribute to cancer, blood clots, and atherosclerosis.
Because of green tea's minimal processing -- its leaves are withered and steamed, not fermented like black and oolong teas -- green tea's unique catechins, especially epigallocatechin-3-gallate (EGCG), are more concentrated.
And it was this Men’s Health article that gave examples of all the high catechin green teas (not to be confused with the article that's escaped into the abyss, this is a different one I read).  The highest being Honest Tea’s Organic Honey Green Tea.
Here’s the specs:
Honest Tea "Green Tea with Honey" (16.9 oz)
Catechins per bottle: 215 mg
EGCG per bottle: 71 mg
Calories: 74
Caffeine per bottle: 97 mg
Taste: Well balanced and slightly sweet, with citrus notes
Where to Buy: http://www.honesttea.com/community/find/
Read more at Men's Health: http://www.menshealth.com/nutrition/best-green-tea#ixzz1mYbuOkAx
Very interesting my dear Watson. Very interesting.
So, being the health conscious person that I am (more like the fluff that will jump on any new healthy trend bandwagon because I’m mostly bored and don’t have anything else to do) I snatched up some pretty green tea and started to chug-a-lug. And honestly, it’s really good. It has about ¼ the caffeine of coffee per serving, so, even though I’m on a no caffeine kick, I think this still passes as barely caffeine. And for some reason, in my twisted little health mind, I think drinking a barely caffeinated organic tea vs. dark sludge in the coffee pot is oh so better for you. Whatever. It works for me, mmkay?! Mmkay. 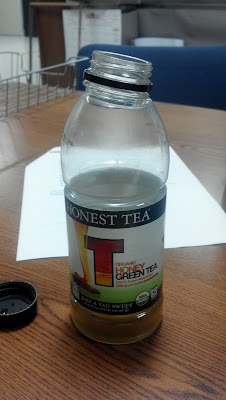 Isn’t it pretty?!
Well, except for the jacked up top. What the hell.
2. I have not been to the gym once this week. NOT ONCE. What the duck is wrong with me?! I did so good the last 4 weeks with Jordan and I’s little challenge, and now I’ve just given up.
Cheese and crackers that’s stupid.
Well, I’m putting a stop to that today! I packed my little workout bag and am going to hit the dreadmill after work. Go me.
3.  Despite my lack of physical exertion, I will have you know that I did pretty swell on the whole good eating thang this week. Well, besides having pizza last night at Cousin’s Night.
And having a few of these: 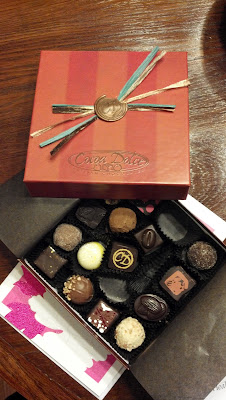 Soooooooo yummy.
I actually have been sticking with the real food/clean eating way of life the majority of the time. Eating salads and brown rice and chicken, fruits and veggies, and yogurt.
Even the other night I was craving nachos, so I got out some organic blue tortilla chips and some organic low fat cheese and made a little plate. Not the best food choice, but I felt a little better knowing it was semi-healthier than the mound of greasy tortilla chips and cheese that I used to have. Just go with it, ok?
4.  Lately my pandora has been playing some killer songs....like the Macarena the other day, so saaaweeet....then it busts out with some orchestrated classical donkey poo. I don't know why it thinks I like that crap, but after hitting the 'thumbs down' button a kazillion times, you'd think it'd get the hint. Stupid pandora.
5.   The scale and I have broken up. Temporarily. See, last week, I freaking stepped on that flat chested ho-bag and she kept giving me these awful high numbers, like the bitch that she is. And I was so frustrated. Day after day.....up and up and up.  But then weigh in on Sat morning, you know, where the number really counts, I was poopin' in my drawers as to what the magic number would be, when low and behold it was a really low number. Like 4 lbs lower than the day before. Which is good, but really, ughhhhh. Why the stress all week? WHY???!!?!?!

So in honor of that psycho shenanigans I have decided to just keep off the scale. Judge things by the way my clothes fit and not concentrate at the number. Don't get me wrong, I'll eventually step on the scale, but maybe once a week, or every other week. Not 28 times a day like I used to.
I let you know how this little challenge goes.....
6. My cousin Kelly sent me a message with these pictures. Soooo funny!
You can see more on the photographer's website HERE.
Just went back up and looked at them again and I'm snort laughing right now. It's awesome.
Makes me want to buy an underwater camera to capture what little Wyatt looks like when he dives for his dummy at the lake!
7. I just did this. 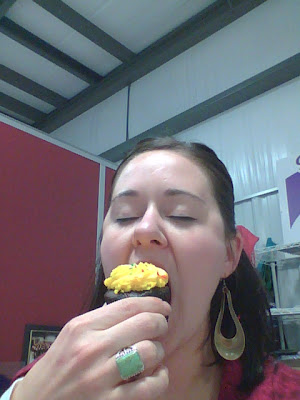 Yup that's right.
There is nothing clean, real or organic about that. Or pretty.
My willpower is a cowardly weak heifer.
8. Guess what’s goin’ down this weekend???!!!!
No really, can you guess?
Nope, not a Real Housewives marathon.
Although that’d be freaking badass.
Not one of our 2,491 trips out of town.
Something so better.
I’m having a girl date!!!
With Miss Jordan.
We’re going to get our nails did.
I’m so excited I could fart rainbows.
First of all, I’ve been wanting to get a mani/pedi for like months. (And don’t you know it, 3 days before my appt I break 2 nails. Bullshit, I tell ya.) But second, I don’t get to ‘hang’ with girls. Ever. I mean, I have my girlfriends at work. But both of those ladies aren’t the ‘nail getting done’ type. I don’t think.  And then, I have a few other girlfriends that live semi-close to us, but they’re mommies and usually pretty busy.  So I just hang with Ryan.  And he’s not going to get a mani/pedi with me. Or go shopping with me. Or try out the new frozen yogurt place with me. He’s boring.
So when Jordan suggested we get our nails done before we all go out to dinner Sat. night, I was ecstatic, to put it mildly. I mean, on the outside, I tried to play it all cool and ladylike and be like, “Yes, that’s a marvelous idea.” But inside, I was exploding girlfriend verbal-diarrhea, like “OH MY GIDDY AUNT!! SOMEONE WANTS TO HANG OUT WITH ME!!! WITHOUT HUSBANDS!!! I HAVE A FRIEND!!! We will talk non-stop and she will laugh at my dumb jokes and it will be a merry sunshine day and we will get shiny matching best friends lockets!!!!” Ok, definitely not the lockets. A little over exaggeration there. Well, now Jordan’s reading this and probably saying, “Shitballs, what did I get myself into.” She’s also running for the western hills. For real.
I swear I’m normal. Most of the time. Swear.
Anyways, I’m sure there’ll be pics and stories to come on Monday!
9.  I'm going to quit smoking on Monday. Again. For like the 49th time. I just know it's so bad for you and I don't run as good when I do smoke. And i've got a 5K coming up that I want to rock. And of course, some day I'd like to have a bun in the oven, and that's definitely not good to be puffing on cancer sticks. And my mother asks me every.single.time we talk when I'm going to quit. (ok, maybe not every time, but a lot, ok?!) So I'm gonna try again. I smoke when I'm bored or stressed. So I need to find a different outlet for those things. I'm thinking maybe I'll try to make working out one of those outlets. Not that I haven't already tried to do that many times before, but what's one more try eh? So wish me luck! Pump up my mojo! Keep me motivated! Anything to help would be awesomesauce and I will love y'all long time.
10.  I told you guys this was going to blow. Seriously. My mind is just not functioning today. I should crawl under my desk and pass out. Yes. That should happen.
But it won't.
Lame.
Cheers lovebugs!!
Posted by Laura Belle at 10:58 AM