OK, sorry, I know this is a day late, but we had a snow day yesterday.
And yes I realize I do have internet at my house.
But I was a loafing sloth (that's for you Lori! lol) and barely had the gumption to crawl out of bed, let alone walk 10 steps and sit down at a computer and get on the internet.
Tragic. I know. 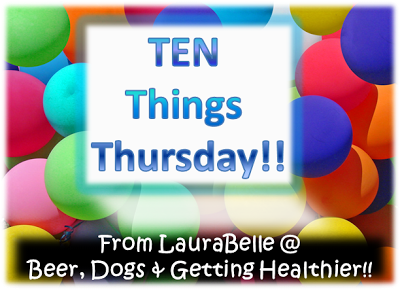 1. Sooooo, winter decided to show up around these here parts.......in damn near spring. Typical.
Puppy likes it though. 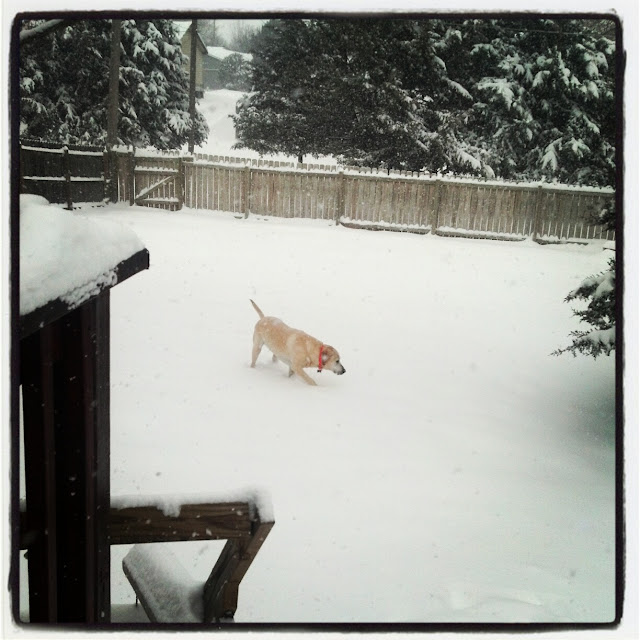 You can't tell in this picture, but it's a blizzard.
Big 'ol fat flakes.
We even had thundersnow yesterday! Y'all know what thundersnow is? It's when it thunders during a snow storm. Very rare.
Again, typical.  That it happens in Kansas. At the end of Feb. And basically our one and only snow storm this year. 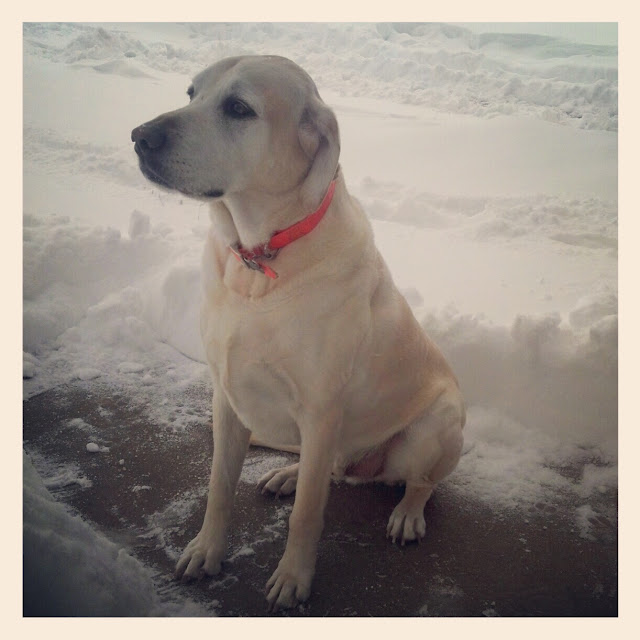 Looking so pretty sitting in the one little patch of clean ground.
OH, so I did do something yesterday!!! I tried to shovel. Made it about an hour, and nearly passed out. Then I went inside ate a cupcake and took a 3 hour nap.
The husband came home and shoveled the rest. Bless his sweet heart.

You can't tell real good, but the snow cleared behind him is about a foot deep. We ended up getting 14.2 inches. 2nd biggest snow storm Wichita has ever seen. La. Te. Freaking. Da.
I know this might seem like small balls compared to up north where 3 feet of snow fall every other day. But here in the flat lands, we usually get 4-6 inches per storm, and most of that is then topped with a 2 inch layer of ice. We love us some ice storms here in Kansas. Best storms ever. Makes everyone the best drivers. Ever.

2. I don't know why, but this made me snort-giggle so hard the other day. 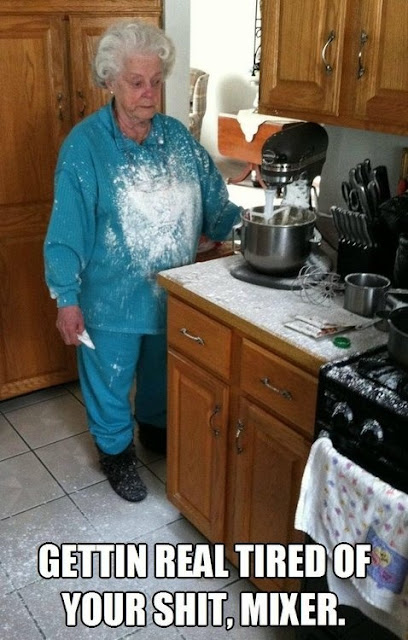 Maybe it's because I just made cupcakes. And this might have happened to me.
Just snorted again.
Wait, I had to look at it again.
Yup....still snorting.

3.  Is it bad that the only vegetables that I get all day come from a jar???? 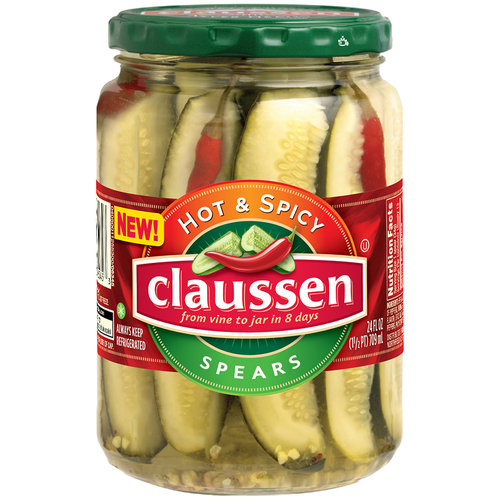 I'm classifying this as my 'good foods'. Because they're cucumbers. And at one time they might have been grown in the ground (more likely engineered in some lab, but pish posh), and anything from the ground is good for you.

Justification. At it's best.

4.  I haven't been to the gym in 2 weeks. I've also dropped 6 lbs. I would like to point out that I gained 6 while I was exercising 5 days a week. I think this is a sign. 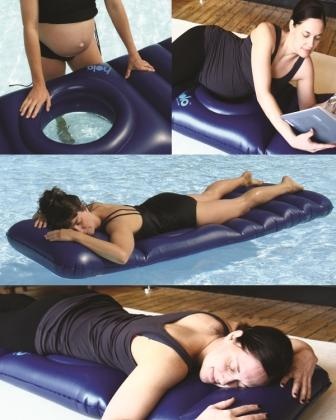 Seriously.
My birthday is 43ish days away.
Get this on order.
Now.

6. Someone has a tough, tough life: 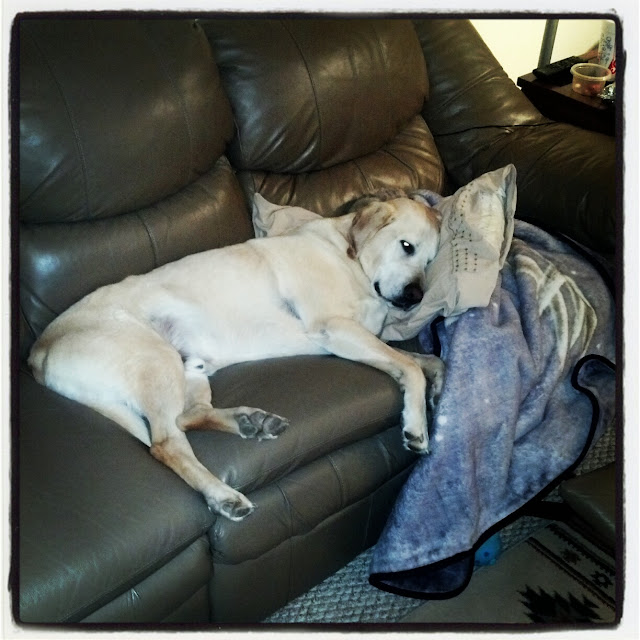 I don't know how he lives day to day in these kinds of conditions.

7.  I decided to copy-cat my friendy Sarah (because she's a badass and I want to be just like her) and finally crafted a jewelry holder the other day: 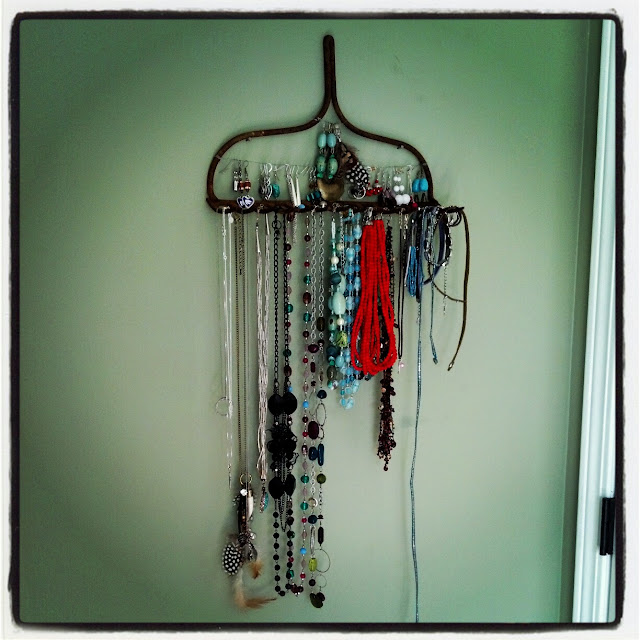 Look at all those trinkets!!! Who knew I had so many pretty things!!!
Makes a big difference when you can actually see all the shit you have to dress your earlobes up with in the morning. Instead of rummaging through a jewelry box drawer at the ass crack of dawn, with one eye closed because you're still not awake, hoping that you have two matching earrings, but come to find out they're complete opposite, so you have to do the rummage thing again, which just makes you pissy, so you eventually give up and wear no jewelry at all.
Ever happen to you?
You need an old rake.
Makes life so much less pissy. 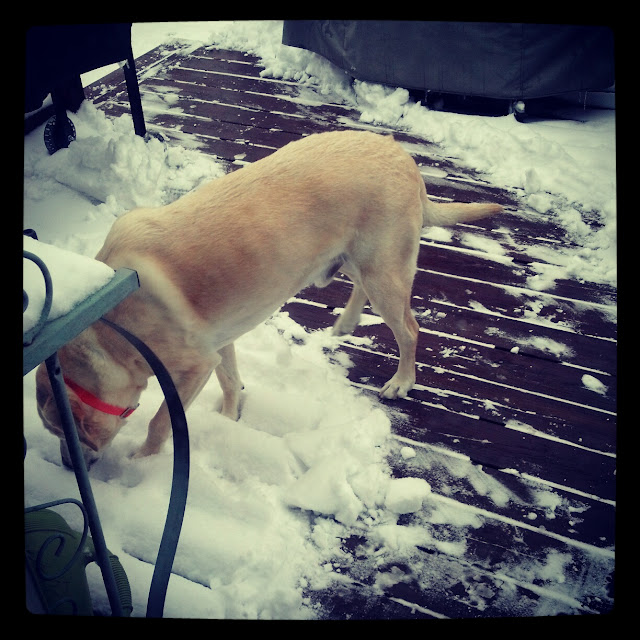 Like....a lot.
Every time he goes outside he looks like a cow with a coke problem, trying to snort/lick/eat up all the white stuff on the ground.
We've started calling him the Snow Eating Weener Licker.
Well, the Snow Eating part you get, and I'm sure you get the last part too. Because that's what he does. Eats snow and licks his puppy-parts.
Classsssssssss......Act.
That's my puppy.
And I heart him so much.

9.  I would really like to go home and snuggle in bed all day.
I think my co-worker gave me a cold......not mentioning any names or anything........ahemmmmALEX. And I kind of want to shank him because he's at home right now, because he doesn't have a 4x4, and I'm here. Sick.
My lungs feel like there's a walrus camped out on them.
And my head hurts.
And my body aches.....and it's not the normal preggo aches, it's sick aches. And I hate it.
Life blows.

10.  We're looking at 2 more houses this weekend!! One I think we're really going to like, it's got 5 acres and the house has been completely renovated. But it sits about 1/2 mile from a major highway, and I just don't know if I want to listen to semi's barrel down the road while I'm trying to enjoy a frosty beverage on the deck. Ya know?!

The other one, the land is perfect, but the house is kinda weird. Needs a little renovating, and there's not a walk out basement, which I'd really like, but other than that, it looks good!

I'm going to take some pictures, so maybe y'all can see what we're looking at!